Music in video games plays a crucial role in setting the mood and atmosphere of the game. It can also help to enhance the player’s immersion in the game world. Many video games feature original music specifically composed for the game, while others may use licensed tracks or remixes of existing music. Music can help to create a sense of progression and accomplishment for the player, such as a triumphant melody when the player completes a level or a more intense soundtrack during a boss battle. The use of music in video games has evolved over time, with early games typically featuring simple beeps and bloops, while modern games often feature fully orchestrated scores. The use of adaptive music, which changes in response to the player’s actions or progress in the game, has also become increasingly popular in recent years. Additionally, some games allow players to customize the game’s soundtrack or even create their own music using in-game tools.

The evolution of music in video games has seen significant changes over the years. Early video games featured simple, repetitive melodies and sound effects that were generated by the game’s hardware. As technology advanced, game developers were able to incorporate more complex and dynamic music into their games. With the advent of CD-ROMs and other digital storage media, game developers were able to include fully orchestrated scores and high-quality sound recordings in their games. 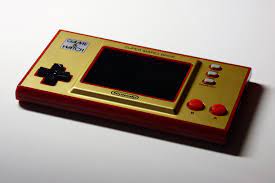 As technology continued to evolve, game developers began to experiment with more advanced techniques, such as adaptive music that changes in response to the player’s actions or progress in the game. With the advent of online distribution and streaming, game developers now have access to a wider range of musical styles and genres, and can easily incorporate licensed tracks and remixes into their games.

In recent years, the use of interactive music, which changes based on player actions, also gained popularity. Game developers are also experimenting with new ways of incorporating music into games, such as using procedurally generated music or allowing players to create and share their own music using in-game tools.

Overall, the evolution of music in video games has been driven by advancements in technology, which have allowed game developers to create more dynamic, immersive, and interactive musical experiences for players.

Mobile games use music in a similar way to console and PC games. Many mobile games feature original music specifically composed for the game, while others may use licensed tracks or remixes of existing music. One of the main differences between mobile games and console or PC games is the storage capacity of the device. Mobile games often have smaller file sizes due to the limited storage capacity of mobile devices, so game developers may have to use more compressed audio formats, like mp3 or Ogg, which can make the music sound less high-quality. 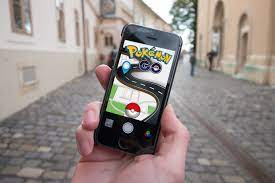 Some mobile games also use shorter, looping tracks that can repeat seamlessly, which is helpful for games that don’t require a lot of music change or have more limited resources. Additionally, mobile games also have the advantage of being able to take advantage of the device’s internet connectivity to stream music, thus not having to store it on the device itself, which helps to save storage space. Overall, mobile games use music in a similar way to other types of games, but they may have some limitations due to the storage capacity of the device and the internet connectivity.

Examples Of Games With Stellar Music

There are many examples of games that have effectively used music to create a memorable and engaging experience for the player. Here are a few notable examples:

“Journey” – The game “Journey” features an evocative and emotive score composed by Austin Wintory, that won a BAFTA award and a Grammy nomination. The score was praised for its ability to perfectly capture the game’s serene and contemplative atmosphere, and for its ability to emotionally connect with the players.

How To Find And Download Music For Your Games Royalty-free music libraries: There are several websites that offer collections of royalty-free music that can be used in games. Some popular examples include AudioJungle, AudioMicro, and ProductionTrax.

Ultimately, the choice will depend on the game developer’s budget, the desired style and genre of music, and the specific needs of the game.

Tips For Creating The Best Music For Your Game With Beatoven.ai

Creating music for video games can be a challenging but rewarding process. Here are a few tips to help you create effective and engaging music for your game:

Be mindful of the length of the music tracks: Keep in mind that some games may have longer playtimes than others, and the music should be able to loop seamlessly and not become repetitive.

Overall, by understanding the game’s themes and atmosphere, creating a sense of progression, experimenting with different styles and testing your music in the game, you can create effective and engaging music that enhances the player’s experience.